We have learnt to know them as a means of transportation for parcel delivery, or tools capable to monitor factories and plants. But now drones will also come into the world of health care: in fact, they will be used for the transport of vital organs. 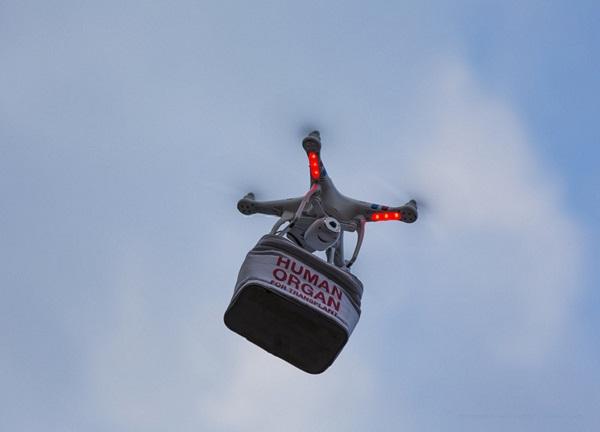 The idea was launched by Lung Biotechnology, an American company that deals with the reconstruction of organs starting from stem cells or through xenotransplantation.

The company has concluded an agreement with the Chinese EHang, a drone manufacturer known for having launched the first unmanned aircraft capable of carrying a person at CES 2016.

For the next 15 years, the two companies will work together to give life to a service for the transfer of organs for transplant through a thousand drones, the EHang 184, presented last January.

These aircrafts will quickly reach the company's facilities where organs are kept, speeding the journey times.

EHang184 is completely automated, so the passenger doesn't need to pilot it. All the person needs to do is enter a destination into a mobile app that is synced with Google Maps and the drone's onboard software, and the drone will then fly to the destination by itself. The Ehang 184 can travel a distance of over 10 miles at speeds of up to 65 miles per hour.

For the moment it is not known when the first drone will rise in the air, but there are many expectations about this program: not only drones would make the transfer less expensive and polluting but especially they would save thousands of lives in the United States and, sooner or later, also in the rest of the world.

Check out this video to know more about it!

Turn your skin in a touchscreen